The other day I was in a consultation with a new patient. She told me that she had seen our sign for months as she drove by, and had eventually noticed the health food store next door.

She began shopping there, all of the time keeping a watchful eye on our center. It seems that she was sold, as she put it, on traditional Chiropractic, “the kind where they crack your spine”.

She had heard that some chiropractors used different methods, ones that included more holistic and alternative treatments. She had noticed our sign for laser acupuncture and deduced that our services were different than the ones she was used to.

She finally asked them at the natural food store, what they thought of us. Along with a positive response, she also heard about our low cost initial consultation.

She asked me some of the best questions I’ve been asked in years. And frankly, I gave her some good answers. As I have been known to do, I did become somewhat passionate about the subject of core Chiropractic treatment methods and philosophies.

With a smile on her face and genuine curiosity in her eyes, she asked me why I was so excited about what I did. I was initially taken back by this question, but then answered by telling her some of my background.

Over the years, I have told this story to one extent or the other to a variety of people both individually and in groups. Many have asked me to write it down. So finally, here it is!

I began Cherubino Chiropractic in the early 1980’s in Framingham Massachusetts in a small building positioned between the area’s major hospital in front of us and the Framingham heart study directly behind us. I mention these two bastions of traditional medical thinking because our philosophies differed so dramatically that they served as a constant reminder to me why I was there.

My passion has always been to offer a non-traditional, Holistic and Alternative way to treat sickness and disease and to offer hope to those that have been discarded by the traditional system.

As a young adult, I had made the unfortunate discovery that medicine was not all that I had been taught it was. In fact, much of it was deceptive and dangerous.

At the age of 19, I was involved in what initially appeared to be a minor automobile accident.

I had lost control of my car in the snow, and slid into a tree.Covered in blood, I was taken to a nearby hospital emergency room. After examination it was determined that other than a split lip and a traumatized front tooth, I was uninjured.

As I tried to return to my normal life, a variety of conditions began to express themselves. This occurred subtly at first, but in time grew gradually worse and eventually became serious.

Traditional Medicine to the Rescue?

I sought the advice and care of traditional medical practitioners. Thirteen medical doctors later, I had a handful of incorrect diagnoses, which were based solely on symptoms, no further understanding of the cause of these migraine headaches and other conditions and thousands of dollars in medical bills.

I had also been given dozens of prescriptions and a variety of medications, some of which made me worse, none of which made me any better. Several were supposed to ” target” migraine headaches and others were more generalized.

I ended up bed ridden, suffering migraine headaches daily and barely able to walk to the bathroom a short distance down the hall from my sick room. I was disabled for nearly two years.

Light – To Shatter the Darkness and Hope in Holistic Chiropractic

In the midst of the pain, anguish and hopelessness, several books on natural health found their way to my bed. My vision had been badly effected by my illness and reading was most difficult. I struggled through these books, however, because something in me wouldn’t give up. The more I read, the more hope I felt. At first, the concepts put forth in these books seemed strange, in ways even absurd. After a while though, I was able to see the sense in what they were saying.

Finally, Fed Up With Medicine!

It was at what turned out to be my final appointment with my ear, nose and throat doctor that my reading started to pay off. He was clearly exasperated with this persistent and stubborn young man that wouldn’t take “sick” for an answer. 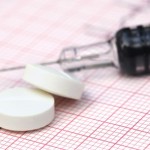 When I again pressed him for an answer as to the cause of my ongoing sickness he replied, “maybe a change of climate would help”. I was so fed up with the lack of real answers, that I became very upset and stormed out of his office.

Willing to try a “Quack”!

More determined than ever and willing to try almost anything for relief of migraine and other symptoms, I made a call to a doctor whose name I had been given, as a last resort.

This doctor was a chiropractor, and in my mind somewhere was the thought that this was stupid, all hope had been lost, and this move was probably the next thing to suicide. After all, I reasoned, what could a simple chiropractor do?

This will undoubtedly seem strange to some of you. But, you must remember that I was raised to believe that medical doctors were everything and that chiropractors were quacks.

May God bless that chiropractor.

He had the cause of my problems diagnosed in less than one half hour. It turned out that I had several pinched nerves in my upper spine, apparently caused at the time of the car accident nearly two years before.

What thirteen medical doctors of various specialties from some of the most respected institutions in the world had failed to see was that the many symptoms that they observed were just that, symptoms, and not the cause of the condition they sought to cure.

The sad truth is that they didn’t even think to look back to the spinal nerves, which are responsible for regulating each of the areas where symptoms were present.

To make matters worse, when questioned by me as to the efficacy of chiropractic care and its appropriateness to my conditions, I was told that it was useless at best and harmful at worst. The attitude was, “what could a chiropractor possibly know that we wouldn’t know?”

The Right Track – And A Mission

I required chiropractic and osteopathic treatment coupled with a variety of other alternative supports, including nutrition, relaxation therapy and energy balancing.

It took several years for my health to be completely restored. In the process, I felt a strong sense of mission, which led me back to school and eventually on to Chiropractic College. Needless to say, I made a dedicated and determined chiropractic student.

While in Chiropractic college, I was introduced to a revolutionary concept in holistic care that involved the identification and correction of nervous system-based energy imbalances and their relationship to disease, health and healing.

This philosophy became the cornerstone of my treatment methods and the basis by which I formed my perspective on human health and disease.

I am so thankful for the good that has come out of my trials. With it I have been able to touch the lives of so many others.

I am still passionate about sickness, disease and healing. Over the years I have been able to put my passion to use, sometimes against formidable odds, and help thousands of people restore their health and overcome many different forms of sickness and disease.

As we move forward into this new century, I am more hopeful than ever before that we will come to a new and better understanding of Chiropractic and other forms of natural health care, and with that knowledge we will give the gift of health to millions of more people.

Contact us to make an appointment or get more information!